DUN IT FOR DANCE | Pedigree

Sire: HOLLYWOOD DUN IT (EARNER OF $65,000+ NRHA HALL OF FAME –
NRHA SIX MILLION DOLLAR SIRE Hollywood Dun It was by the great Hollywood Jac 86, out of Blossom Berry, a daughter of Dun Berry. During his show career, Hollywood Dun It was National Reining Horse Association Futurity Reserve Champion, NRHA Derby Champion and Superstakes Champion. Offspring of Hollywood Dun It are renowned for their attractive looks and extreme trainability.  They have won the NRHA Futurity, Derby and Superstakes, National Reining Breeders Classic, All American Quarter Horse Congress Futurity, Southwest Reining Horse Association Futurity, Tradition Futurity, and numerous others around the world.  Six of his offspring have earned over $100,000! Hollywood Dun It produced AQHA World Champions, National Half-Arab Champions and multiple NRHA World and Reserve World Champions.   He was selected as the first Breyer Animal Creations reining horse in 1998. He earned over $100,000 in performance and sire awards. During his life, he was the leading All-Time Sire of reining performers, siring both AQHA and NRHA World Champions. His offspring are known for being big stoppers, deadly leaded and nimble turners that can be found in the show pen with professionals, non pros and youths alike. Beyond that, this great sire also passed on his affectionate and people-loving nature. Hollywood Dun It was inducted into the NRHA Hall of Fame in 2000.  In 2003, he became the only horse with offspring earnings surpassing the $3 million mark. Then in 2004, he again made history when his offspring earned in excess of $4 million. In 2010, the Dun Its did it again, making him the second sire in NRHA history to exceed $6 million! For two decades, Hollywood Dun It touched people. Daily, they would come to Tioga, Texas from all over the world to visit him.  Part of his appeal was that he won and placed at the most prestigious reining competitions in the world and part of it was his genetic prominence.  Part was his personality. He was a “people” horse that loved to play to a crowd. During his competitive years, his charisma resulted in winning performances and later, a bow for a carrot still captured hearts.  Part of it was that unforgettable face, the kind eye and sculpted head that he carbon-copied on to his get.  But to fully understand why so many people loved him, you have to know that he is a horse that made them believe! His magic made careers and fortunes. When he was inducted into the NRHA Hall of Fame, association President Frank Costantini asked the audience, “Is there anyone here who hasn’t won with a Hollywood Dun It?” Folks in the reining industry knew that you could bet the farm on this horse. When you believed in Hollywood Dun It, dreams came true. In 2005, Hollywood Dun It passed away at the age of 22. At that time, Tim McQuay said the decision to put him down was a difficult one. McQuay noted, “He’s been a part of our family, and a part of our lives, for a lot of years.  Hollywood Dun It’s memory is still alive and well, living on in the hearts of his fans and in the legacy of his offspring.

DANCE OVER THE TOP 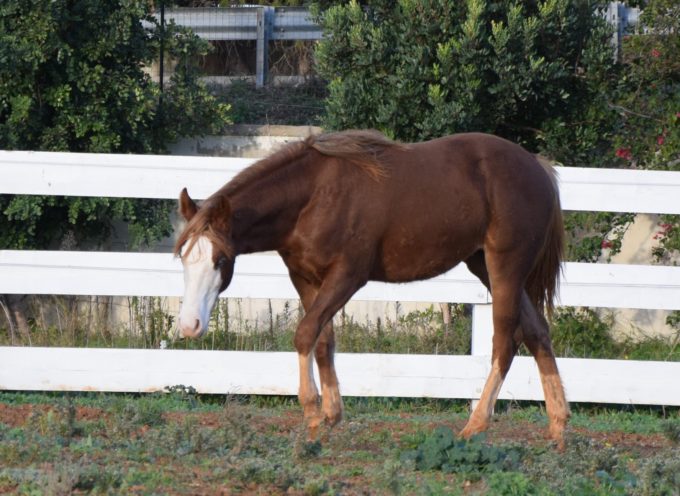 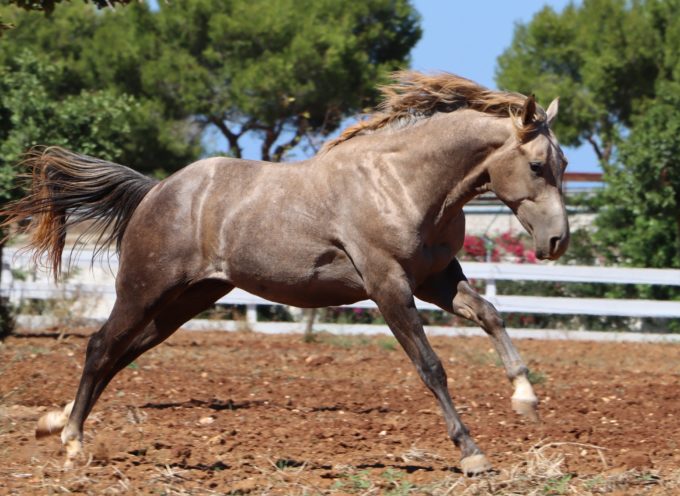